Baroness has announced additional dates with Volbeat late November/early December, which are bolded below. Tickets go on sale for the new Denmark and Norway shows on Friday, August 23 at 10am local time HERE.

Tickets on sale now for all other dates with Volbeat HERE, and Baroness’ headline shows in October HERE. 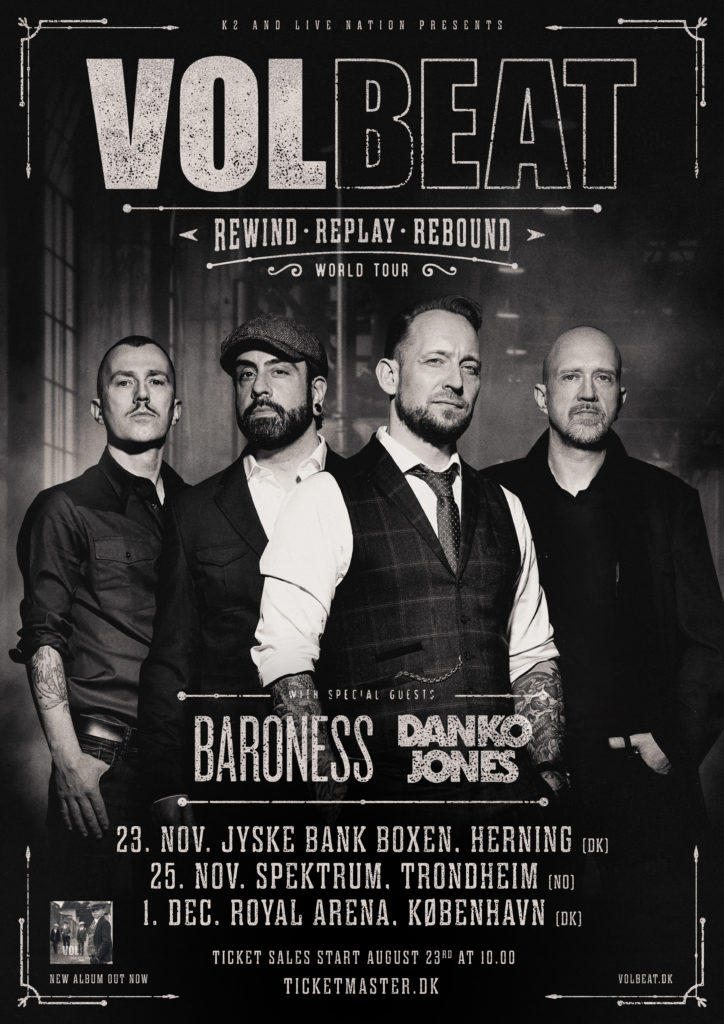