We’re excited to announce headline dates in Germany and a co-headline date in the Netherlands in Summer 2022, which are bolded below. Tickets become available October 29 at 10am CET HERE.

Tickets for all other European shows & festivals available now HERE.

Don’t see your city? Head HERE and tap FOLLOW BARONESS to be notified when shows are announced in your area. 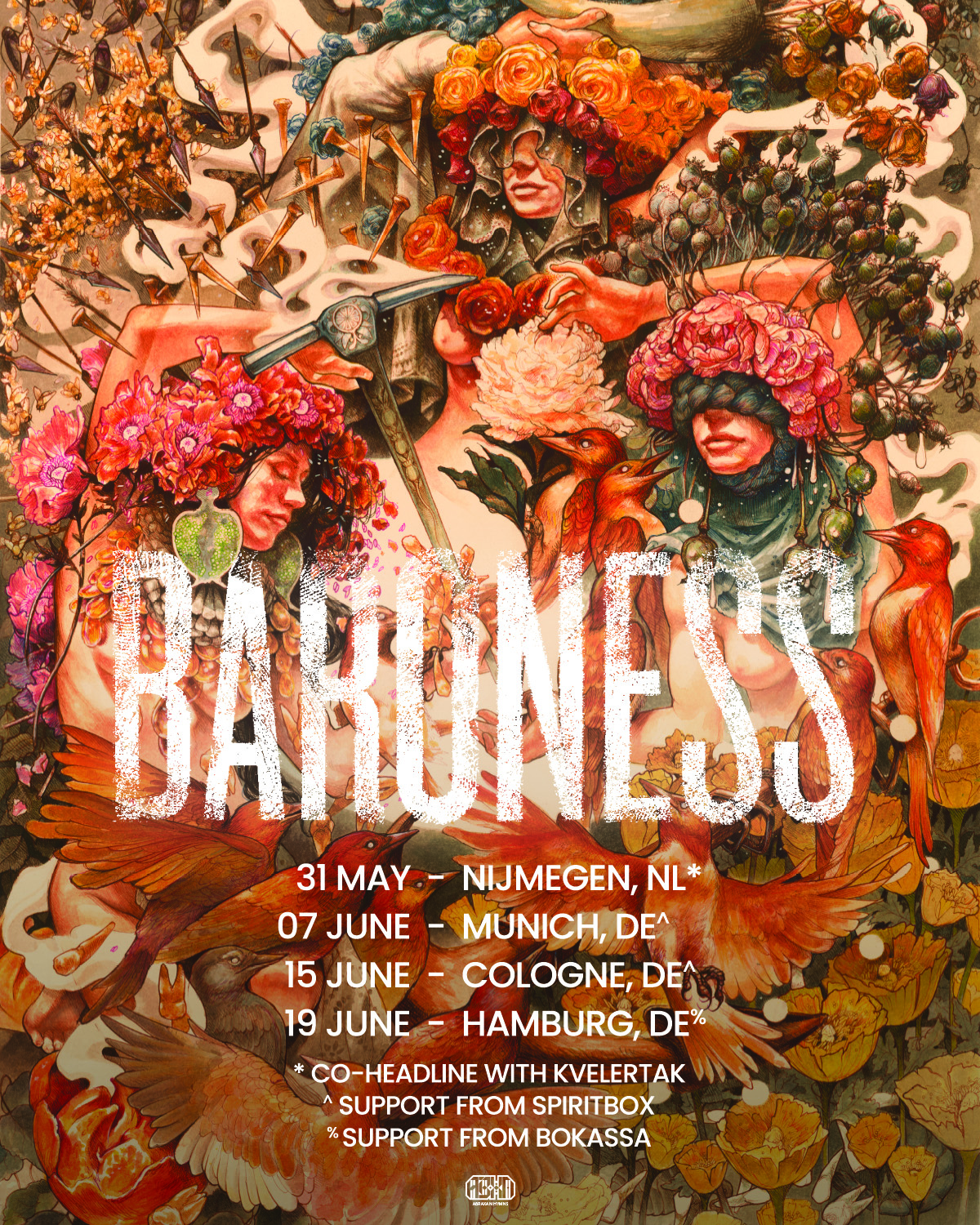